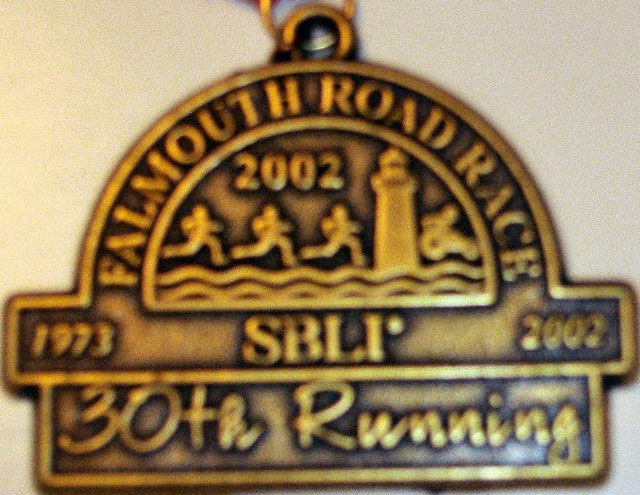 About the Falmouth Road Race: The Falmouth Road Race was founded in 1973 and has been named the "Best USA Road Race" by Runner’s World magazine. It has also been featured in Life Magazine and Sports Illustrated, as well as on CBS television and ESPN. Last July it was named in Sports Illustrated "One of the 25 essential things to do in the summer." It was the only road race listed. Proceeds from the race benefit Falmouth school programs and youth organizations. The race annually receives more than 25,000 requests for entry forms and fills its field of 10,000 in less than a week.

Notes from the Coach: It is wise to set a goal for yourself.  Plan to run a race and then train for it. In the 1960's I did the Marathon distance when cars used to run us off the road. Hiking and running was easy for me during Army Basic Training.  In the 1980's I enjoyed running Half Marathons.  Wish they had triathlons in my running years as I loved swimming & biking then too. Now, I am content to work out on the elliptical.

The World Of Running And Track & Field

Triathlon Clothing: What to Wear In a Triathlon | Complete Tri *

The Original Runner's Web and Triathlete's Web, a Running, Track and Field and Triathlon Resource Portal

In training I used to enjoy running single file and the last runner had to overtake the front runner and so on...